#1
A rare pink diamond once owned by Indian royalty has sold for $39.3 million at auction in New York City.

The price for the 34.65-carat diamond that sold at Christie's on Tuesday was the second-highest ever for a jewel sold at auction.

The seller and buyer were anonymous.

The gem nicknamed the Princie Diamond was discovered 300 years ago in the Golconda mines in India.

It once belonged to the Nizam of Hyderabad, an Indian prince.

In 1960 the diamond was purchased at auction by the London branch of the jeweler Van Cleef & Arpels.

Its name was bestowed at a party at the firm's Paris store. It was called "Princie" in honor of the 14-year-old prince of Baroda, who attended the party with his mother, Maharani Sita Devi. 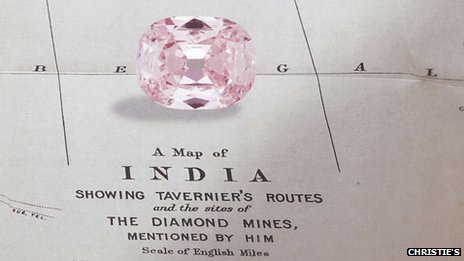 #3
I'm sure it looks better in person...looks like a pale pink sapphire to me